You might wonder why we decided to write about this specific category. Well, it’s very simple: children’s clothes, toys and other equipment are simply made to be swapped!
Have you ever wondered how fast your child is growing out of those shoes you just recently bought? This can really sum up. And at some point it might be argued that it’s wasted money if you’re buying new things just so your child can wear/use them for a couple of weeks or months.
But when it comes to children’s stuff it’s not only a matter of size. A newborn appreciates other toys than a 4-year old. And different 4-year olds may have different preferences (actually we’re absolutely sure they do!). 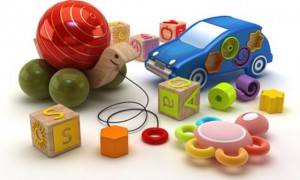 So what to do with all the useless toys your child once used to play with? What to do with all the toys and clothes you received as presents but never really used? Get rid of it, and get something you can actually use in exchange. And in order to do so you don’t even have to leave the house. In fact, you don’t have to move at all. Stay right where you are, comfortably seated and click yourself to the perfect trade. We know that being a mother is a full time job so you might appreciate the fact that you don’t have to leave the house to shop for children’s gear. It takes a couple of seconds to connect you to thousands of other mothers who are just as keen to swap and trade as you are. At BarterQuest we even dedicated a club to all mothers. It’s meant to connect you with like-minded women in order to increase your chances of a successful trade, connect you with other mothers, enable you to exchange advice, discuss problems and so on. It’s a platform created for you and meant to be customized by you.

Once your kids are in college, it’s definitely time to get rid of all the children’s stuff you kept “just in case”. Baby cribs, strollers, baby seats and so on. Why let this stuff taking up space in your home? And trust me: your children won’t want to use the same stuff for their children. Passing on baby cribs from generation to generation might seem like a somewhat nice tradition, but in the end it’s far from convenient. Times change and products improve.
So start bartering for children’s gear now and be amazed with how much money you will end up saving. Happy trading!

Part Three: A New Experience For Your Child: Going To Kindergarten!

The time flew by: it seems like yesterday that your kid learnt hot to walk and now you have to watch him go to kindergarten for the first time. Many things will change again: your child will change. You have to learn to let go and also become familiar with the new situation.

It’s about time again to get new things for your child; like a backpack, lunchbox and their first bike. But all of there things are only odds and ends compared to the experience you and your child will gain.

Recognize and appreciate the kindergarten milestone. Kindergarten may symbolize the ending of your child’s complete dependence on you, but also marks an important beginning. It’s a very exciting time in your child’s life and also for you. After years of cutback you finally have time for yourself again.

See how BarterQuest can help you through this next stage of your life.

See what BarterQuest has to offer for this occasion: 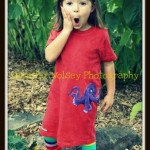 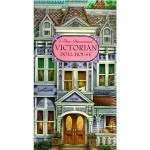 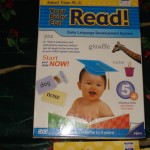 Your baby comes into the world; you’re happy yet insecure: am I doing everything right? Has my baby everything it needs? You need a few days to realize that there is a new family member living in your house now.

It takes time to get familiar with all the different needs of the baby, what it likes and dislikes or what it wants when it screams in a particular way. You don’t have to worry about doing something wrong. It’s in a mother’s nature to try and do everything for her baby.

“Making the decision to have a child is momentous – it is to decide forever to have your heart walking around outside your body.” (E. Stone)

So everything you do, you do not only for yourself but also for your child. You do it with love, passion and dedication, and the baby feels that. It will feel the comfort, the love and the attention. The newborn will receive only the best: the best products, the best food, and the best care, just because you want to make sure it’s fine. As far as child care is concerned, everything, starting from their health, hygiene and safety at home and outside the home needs to be considered.

Basically, if you fully dedicate yourself to the new challenge and trust your motherly instincts, you can’t do anything wrong. You will see your beautiful and healthy baby grow a little more each and every day. 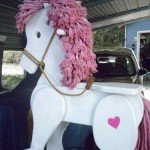 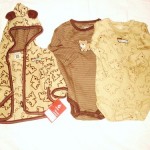 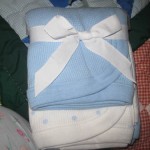 A new life’s challenge: having a baby! Within the next 9 months there are a lot of things to do and many things to consider, especially if it’s your first child. You have to get clothes, toys and furniture for your newborn. But it’s not necessary to spend all of your hard earned money on things that are brand new. The baby will grow so fast that you have to get new things almost every month.

To avoid stress, the soon-to-be mother should get all the important things for the baby step-by-step. A changing unit, the stroller and a car seat could be obtained during the pregnancy. Thereby, the mother should consider bartering as an option to save money, time and stay green.

But not only material things count to make a baby happy. Especially during the pregnancy, the mother should take care of herself. She should avoid everything which could harm the baby. Drinking a lot of water, vitamins and eating a balanced diet will help the baby to stay healthy. 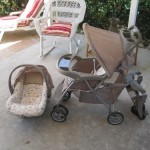 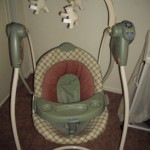 How can Bartering Solve our Problems?

Okay – so picture this.

I’m trying to get ready for the holiday and in order to do so, I need winter jackets for both of the little boys. We only have one.  While it will fit either one of them, it won’t fit both of them at the same time.

So I had to squeeze and unplanned shopping run into my day, which is absolutely cringe worthy if you know how much I hate shopping to begin with. I started at Salvation Army – didn’t have any luck – and then made my way to Kohls.  I simply don’t have time to compare prices anywhere else.  (I do, however, have time to blog.  Don’t judge me)

So all their jackets are half off but niggling in the back of my mind is the fact that I didn’t do this for their last 15% off coupon sale, and I wasn’t going to be able to but it at the upcoming sale, and man – did I drop the ball on this one this past garage saling season.  How did I not realize I was a jacket short?

So I was pacing the racks, going back and forth between the $25 jackets which were super puffy (and I was trying to imagine buckling it into a carseat) to the $40 jackets that I knew I could find cheaper elsewhere. And mumbling. Rapidly.

And my cell phone rang.  My cell phone rarely rarely rings. Very Rarely.  My kids don’t call me when I’m out (knock on wood) and only a handful of people actually have that number.  In fact, if I didn’t have kids in school I wouldn’t have a cell phone at all.  But it rang. And I answered it.  And it was my cousin Carla who got the number from my babysitter.

Now, Carla and I were practically raised together, with our moms being sisters, and we love a good visit when we get the chance – but I don’t know that I’ve ever talked to her on the phone so it was a bit of a surprise to hear her on the other end, but then – not overly so because we’re having our Thanksgiving dinner at her house in two days.  Anyway. She says “hi!” and the first thing I said was – Hey – you wouldn’t happen to have an outgrown winter jacket that would fit my boys, would you?

And she responded, well hey – actually I do, complete with snow pants – wanna trade?

I said, trade for what? I couldn’t even begin to imagine.

Pictures! Which was why she was calling in the first place.

Perfect.  Bartering rocks so let’s try it and tell your story!