Bartering is a system of trade that predates the use of money, whereby you trade your skills, services, or products for something you want from someone else. 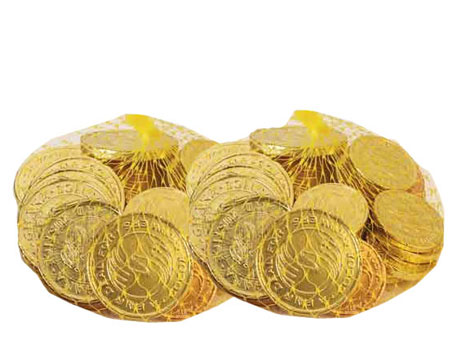 About 25 years ago, during a recession in the early 1980s, a lot of bartering clubs sprang up, so people who were out-of-work or having financial problems could increase the funds available to them. Once people joined the group, they could turn their skills, services or products into points; then others could employ them or purchase their products using the points they had accumulated in their own accounts. And if no one wanted to use one’s skills, services, or products, they would accumulate negative points up to a cap, until they found a way for others to want what they offered.  Through this system, these clubs sought to achieve a fair balance between what people were getting and giving.

Back then, I met several people at business and networking groups who had organized these systems, and for a small amount of real money, people could join. Though I didn’t join myself, since I didn’t need the extra cash at the time, I met a number of people who found these systems of great value, and also met several entrepreneurs who set them up. Later, as the economy recovered, interest in these clubs declined in membership and many closed down as people rejoined the mainstream economy.

This seems to be a good approach to renew today, whether you organize a bartering system or join one.

As an organizer, think of running a barter service as a new business, which can be very successful if you have the skills needed to run the business, such as a good head for figures, an attention to detail for everyday operations, and good communication, marketing, and sales skills to promote the service.  You will also need a minimal number of people with different skills in your local area, so members can offer a wide range of skills, products, and services for an exchange.

If you simply want to participate in bartering, you might do this directly by offering an exchange with your own contacts or try posting whatever you are offering on one of the social media sites like Linked In.  You can also tell people in your list of e-mail contacts what you are offering and what you want. Or join a bartering service to list your skills, services, and products and describe what you hope to gain in exchange.

To determine what to list, think about what you have done in the past and list what you can offer that might be of interest to someone else.  If you have a lot to offer, divide up your skills, services, or products by category and post them separately. 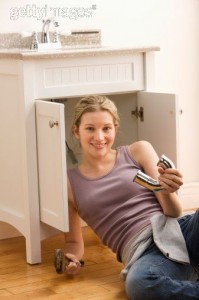 This is probably one of the best ways of saving money. Everyone has their own strengths.

I had a small leak under my sink that decided to soak some things today. My husband was at work and the valve thing wasn’t doing much. I called my neighbor, who happens to be a plumber and he came and fixed it up for me. Don’t ask me what he did because I have no clue.

My husband is amazingly good at computers. He can fix anything. My neighbor has been having issues with his computer. My husband has offered to fix it before but I don’t think he wanted to bother us with it. So I told him he now has to bring it over to be fixed so I can pay him back. I don’t have a ton of money but we do have some knowlege. I have also traded photography services for things as that is my area (although that is another of my husband’s areas too. The man is good at everything, I swear)

So network and use your talents and you can get some things done.

Forget Money, With Your Skill Set 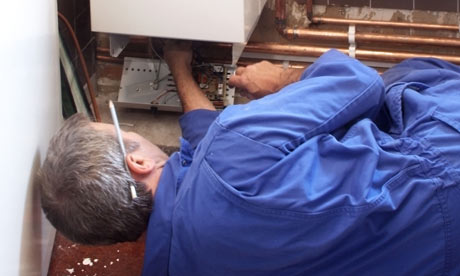 I’ve got a website. It was built from a few scraps of paper, a pile of photos and some stickyback plastic, for nothing, by an IT specialist who is an aspiring comedy writer. In exchange, all I have to do is critique his latest sitcom, and the transaction is complete.

The deal makes sense. I’m an occasional sitcom writer and script editor; he designs websites. We both get what we want and no money changes hands. I thought this was merely swapping favours with a mate but I am, apparently, in the vanguard of a revolutionary movement that could redefine our approach to work.

As a creative response to dealing with employment through and beyond this recession, work-swap is in its infancy. Bartering has been around for centuries, but the internet has brought this exchange into the world of work. The websites offering this are massively global yet charmingly local. Gumtree, for instance, runs classified ads from the UK to Ukraine, Cape Town to Krakow, but with a couple of clicks you can practically zoom in on your neighbour.

It’s astonishing what people reckon they’ll be able to find on the net: in one short browse I found “fencing lessons offered in exchange for learning piano”, “your carpentry for my counselling sessions” and “philosophy for jazz tap dancing”.

I decided to try it. I thought it might help if I made my request slightly less specific, so posted an ad that was very easy and very free:

Looking for a new job? To impress with a presentation? Or nervous before making that best man’s speech? I’ve been a comedy writer-performer for 25+ years, I can’t make you funny but can help you present yourself to an audience, potential employer or roomful of tanked-up wedding guests. You – unlike me – are practical, good at fixing things, basic plumbing and handiwork. Interested? E-mail me.

As a freelancer I try to limit the amount of unpaid work I do. But I’ve been struggling for years to find a good plumber and, however many hours it’ll take me to write that best man’s speech, if I find one it’ll have been worth my while.

Within two days, nine people had viewed my ad. Promising, I thought. After five days, 14 had viewed it, but no one replied. Maybe I hadn’t been specific enough. Maybe all the people I need are gainfully employed, fixing boilers and mending fences for cash, brimming with confidence ahead of that U-bend PowerPoint presentation.

After a week, the website offered to keep my ad at the top of the list for another three days if I paid £4.99, which rather defeated the object. After two weeks, my advert found its way into that huge black internet void where start-up blogs and fencing wannabe-pianists disappear for ever.

Anna Davis in Leeds was more successful. Seeking “Spanish lessons in exchange for showing you round the Yorkshire Dales”, she had six replies. “I learned some basic Spanish and took my teacher for a drive through the Dales.” Her ad was a total success. “I’d use them again,” she says.

When it comes to language swaps, the internet is delivering. There are several websites devoted specifically to this, notably SharedTalk.com, developed by language-learning software provider RosettaStone, and Swedish site Lingofriends.com.

So, if you want to learn French, you simply seek a French speaker who wants to learn English. SharedTalk has more than 400,000 members from 154 countries, speaking 30 languages: whatever your needs there’s almost certainly someone who’ll match.

Travel agent Richard Townshend is learning Spanish by this method. “It’s definitely improved my work prospects,” he says. “I recently attended a world convention of travel agents and was able to chat to the Mexicans there, and made loads of contacts.”

Work-swap also taps into our better nature. We perceive philanthropists only as multimillionaires who bestow their loose change on youth clubs for Channel 4. But there’s something empowering about giving what you normally do for money, for free, not to mention getting something back.

“I’m teaching English to people from all backgrounds,” says Townshend. “There’s a 16-year-old schoolboy in Colombia learning English from me, and a guy from Venezuela I’m helping with vocabulary.”

Peter Gestrup, the founder of Lingofriends, feels strongly about this aspect of his work.

“Globalisation brought the need to learn and respect cultural diversity, and the key for making that process smoother – knowledge of a foreign language – is essential.”

Back in the real world, Work Wise UK, “a not-for-profit organisation promoting smarter working practices”, is creating StaffShare, a scheme designed to save thousands of jobs. Instead of making staff redundant, big companies such as BT and Microsoft UK keep their underemployed workers by offering their services to the third sector. So if and when the upturn happens, those they won’t have to repeat the whole recruitment process.

StaffShare is backed by the government, the TUC and the CBI. I tried to contact Theresa May, the shadow secretary for work and pensions, to see if the Conservatives supported it or if they had any innovative plans for dealing with unemployment, but received no response from her office. Perhaps she was too busy offering shoe-wearing tips in exchange for a free moat.

Despite her reticence, and my own speechwriter-plumber failings, Gestrup believes we’re at the start of something potentially huge. “There are endless opportunities for web services offering similar systems with different niches.”

To prove his point, he put me in touch with New York financier Brooke Allen, who has set up NoShortageofWork.com (NSoW), a website to connect people seeking or offering specific work skills.

“I meet with a group of professionals every month and everyone was talking about the terrible economy,” Allen says. “Other than talking, they were doing nothing. Many had been out of work for months and years. So I said to them, ‘You may have an excuse for not having a job, but you have no excuse for not having work’.

“It became clear everyone had something they wanted to do but because nobody was paying them to do it, they didn’t. But nobody had an excuse for not doing it anyway.

“During the last recession the means of production were expensive. Now you just send $300 to Dell, or borrow your kid’s laptop.”

Frank McGrath found Allen while looking for places in New York to pitch his investment ideas. “There was someone on NSoW offering to listen and give feedback,” McGrath recalls. “Another contact sneaked us into an investment bank to get a conference room and rehearse our pitch. He thought we had a good product and gave us his contact list of investors.”

Gestrup reckons work-swap will succeed because it marries two hugely popular internet areas, social networking and classifieds. His previous job was with dating site match.com, “which is how the idea of matching people for the benefit of learning a language instead of finding love was born”.

The dating analogy is a good one. Many Gumtree ads have that tone: “Me – smart, sophisticated, French-speaking. You – Latvian, looking for … French lessons.” But it’s too random at the moment. Imagine a website the size of match.com, with 20 million members worldwide. There’s no reason why it shouldn’t happen, and why, not too far in the future, that fencing teacher couldn’t be bashing the piano keys like a pro.