Trading of clothes goes way back into history as does trading of many other items in times when people did not have so much money. Clothes were traditionally made to last and mended/ repaired as required to prolong their life to the maximum. There are many examples of recycling of second hand clothing in history which include the rag and bone man collecting up old clothes (along with other items) with his horse and cart and the Salvation Army collecting donations of second hand clothes in Victorian times when poverty was rife. 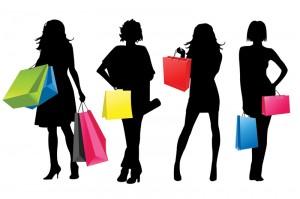 During World War 2, swaps were organized to help preserve valuable and scarce resources. They initially started with children’s clothes and then expanded to include adults clothes as well. They became very popular in the UK, where they allowed people to get some new clothes whilst remaining anonymous.

In the Sixties, clothes swapping was popular briefly and the second hand clothes industry has been growing ever since. Vintage fashion and second hand clothes sales have increased slowly over the last few decade, perhaps due to greater awareness of the environmental impact and waste associated with fast fashion or perhaps as consumers become increasingly keen to look individual and different.

Swishing parties have become hugely popular in the US over the last few years (although they have been going on for a lot longer) and this has now also spread to the UK. Organizations like Futerra Communications, which has coined the term ‘swishing’ to describe clothes swapping parties and worked to promote recycling of clothes.

The global recession is 2008/2009 has also played it’s part in the increased popularity of clothes swapping. As disposable income becomes more scarce, people are looking for new ways to look stylish on a budget. Celebrities like Lindsey Lohan have also been reported as swapping their clothes for charity giving clothes swapping celebrity status.
Clothes swap and buying and selling second hand clothes is a great way to reduce the impact of fashion on the environment and to save money.